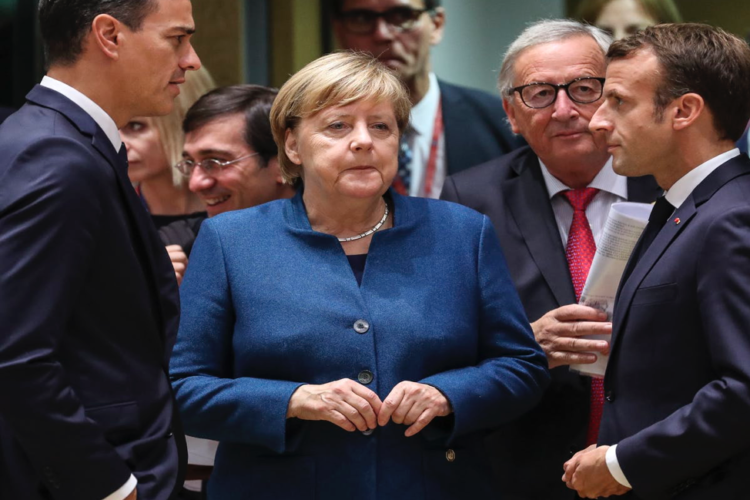 Will Coronabonds bring the Eurozone together or rip it apart?

Nine of the 19 countries that are part of the Eurozone met on 25 March to discuss the issuance of a common debt instrument to fight the current Corona pandemic. The fiscally stronger Germany, Netherlands, Finland and Austria rejected the idea in line with the north’s reluctance to pool liabilities with irresponsible southern Europe. Joint debt issuance is not a novel idea for the economic union and was originally proposed by Italy in 2009 during the global financial crisis and later by France and Italy in 2012 during the Eurozone debt crisis.

Are the bonds really needed?

The EU already has a bailout fund, formerly the European Financial Stability Fund, under its European Stability Mechanism (ESM). This fund rescued the PIGS + Cyprus among other smaller countries during the 2012 crisis. Currently, this fund is backed by all 27 countries through the bloc’s joint budget. Thus in a way there is a provision to create an extra credit line to provide aid due to the fallout of the economic consequences of the Coronavirus. In fact in April 2020, the EU announced an economic rescue deal worth €540 billion comprising €200 billion to support EU businesses, and a €240 billion bailout for healthcare, from the ESM.

So what is the need to issue these extra bonds? There are two paths that the EU can take to provide support to affected members, primarily Italy and Spain. One the one hand the EU can issue debt to the more constrained members, which will pool into their current outstanding debt. However, this approach is likely to be extremely unpopular given that Coronavirus has affected different countries very differently in that the weaker members, such as Italy and Spain, have seen far more cases than the stronger Germany and France.

The second option will be to issue new bonds that are backed by all 27 members and thus do not add to the current liabilities of the members. Such as issuance will be cheaper since the bonds will be backed by all member countries. This is called the “mutualization” of public debt. This approach, while justifiable, since the objective is to help members overcome the adversities of Coronavirus, is not what the stronger members, led by Germany, want. Germany does not want to own up more debt to bail out Italy or any other fiscally weak member. It believes that such an issuance can be the harbinger of debt issuances independent from the current debt situation of individual members. This will promote fiscal imprudence and provide no incentive for the weaker countries to limit public debt inducing a moral hazard problem.

The EU needs to introduce measures to cope with the economic devastation of the pandemic. The IMF has forecast an economic contraction of 7.5% for the EU, which at this stage looks like an optimistic scenario. The southern countries, as is, were struggling before the pandemic and would desperately need rescuing for their and EU’s sake. Thus some extra financial measure is the need of the hour.

“Recovery” fund to the rescue?

In mid-April 2020, the EU passed a resolution, advocating “recovery” bonds guaranteed by the EU budget. Subsequently, in mid-May 2020, Angela Merkel, the German chancellor, and Emmanuel Macron, the French president, proposed a €500 billion EU recovery fund. This was a historic moment for the EU given that this fund will be financed from outside the existing EU budge fund will be akin to a grant, i.e. the receivers to do not have to return it back unlike in the case of a debt. To be kicked-off it needs the approval of all 27 member states and therein lies the problem.

The “frugal four”, the Netherlands, Austria, Denmark and Sweden have pre-emptively rejected the notion of grants and instead recommended the creation of an “emergency fund” financed by loans. So while the recovery fund has the backing of Germany and France, it still does not have every member’s endorsement. In addition, the EU is still working on the finer details in terms of who will receive how much and what fiscal measures and conditions need to be attached for the receiving members.

Italy’s call for a Coronabond is justified

To be fair to Italy, the country has not been the spendthrift perceived by the “frugal four” northern members. Italy has been fiscally responsible over the past several years and was well on its way to further reduce its budget deficit until Covid 19 arrived. Italy reduced its budget deficit for the fifth consecutive year in 2019 to 1.6% of GDP, from 4.2% in 2010. In fact, the country has been putting off infrastructure development projects to improve its fiscal position.

A house divided against itself cannot stand

The yield on Italian 10-year government bonds reached 1.73% in mid-April 2020, double the yield two months back. If the EU appears to be divided and unclear about its response to the pandemic, the investing community will respond with higher perceived riskiness, which will impact borrowing costs further. It will become difficult for the weaker members to raise credit for financing the fiscal measures needed to fight the pandemic. Given that such members do not have access to monetary tools such as currency devaluation or printing money, they will feel pressure and question the very purpose of their EU membership.

These are desperate times and require desperate measures. It is understandable why the stronger, northern countries do not want to finance the “profligate” south with their own economies feeling the brunt of Covid 19. However, it is imperative they reach the middle ground to save not just Italy and Spain but the very existence of the European Union. Austerity measures attached to the recovery fund may not be the most pragmatic approach as austerity is the last thing the weaker south needs. There is a small chance that the call for austerity may bring the members together fiscally but there is a bigger chance that it actually pulls the EU apart.