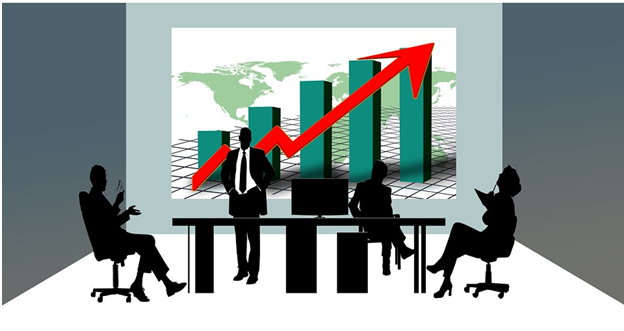 Indian NBFC – Are They Still Safe ?

Non-banking financial companies (NBFCs) have been the apple of investors and analysts’ eye for the past few years. They have outperformed their banking peers driven by a loan book growth expandingtwice the rate of banks and much higher lending rates (over 200 bps more than banks). One in three multi-baggers over the last five years was an NBFC. As consumption and consumer leverage has been on the rise, there is a strong demand for loan, especially from the household and SME segments. With the formal banking sector, especially the national banks, looming under ballooning NPAs, banks have been cautious to lend to these segments. This gap has been filled by NBFCs.

However, they have recently come under the spotlight with systemic issues related to asset-liability mismatch and high gearing surfacing.

IL&FS, one of the largest in the pack, saw its stock price crashing as it defaulted on over five of its obligations since August, prompting a major rating correction to “Junk” status (from “AAA” to “D” in under two months). Meanwhile DHFL plunged 44% asDSP, an institutional investor, offloaded about INR2.5 billion of commercial papers of housing finance company DHFL at higher yields in the secondary market, sparking liquidity fears. DHFL’s bondholder recently explained that the sale was more a call on yield than the bank, leading to some recovery in DHFL’s battered stock.

If that was not enough, CEO of one of the largest banks, Yes Bank, was asked to be removed by the central bank as the bank underreported NPAs. Eventually, the central bank stepped in to rescue the beleaguered group, IL&FS, in a Satyam style manner with a special team set-up recently, headed by Mr. Uday Kotak. It is also mulling cancelling license of about 1,500 banks that do not meet the minimum capital requirements

NBFCs play an important role in the economy

Shadow banking plays an important role in the Indian economy. Only one in three Indians had a bank account in 2011, which became one in two by 2014 and reached 80% in 2018 with the adoption of Jan Dhan scheme and Aadhaar (India’s equivalent of Social Insurance number). This bodes well for the banking sector but it also highlights how the mass population has remained underserved for a large part of recent history. This led to the rise of the NBFC sector, that mushroom locally and typically have strong ties to the borrowers. They have served individuals and small corporations with little credit history and irregular cash flows, especially in rural areas. At last count, there were about 11,400 NBFCs in India, however, the sector is concentrated at the top with 400 largest NBFCs accounting for 90% of the market.

Strong headwinds both on borrowing and lending sides

Several analysts now believe that NBFCs were a bubble about to get burst anytime. Crazy valuations aside, the sector faced headwinds since the twin impact of demonetization and GST. Remember, NBFCs largely lend to the informal sector, which otherwise cannot access the formal banking sector, and so turn to NBFCs to meet their requirements.Demonetization and GST impacted the informal sector severely, which in turn led to the decline in fortunes of the NBFC sector with rising NPAs.

On the financing side, NBFCs raise funds by issuing debentures and commercial papers to mutual funds and bank borrowing as they cannot raise deposits. This worked like a charm for them despite a rising interest rate environment as yield on short term instruments and commercial paper was lower.

On the other hand, their lending are generally longer-term in nature. This led to Asset-Liability mismatch. With concerns surrounding liquidity in the sector, their liabilities are due to be re-priced at higher rates, which will put further pressure on refinancing and NIMs, triggering further defaults. To make matters worse, yields are expected to rise further while the economy riles under liquidity deficiency (INR2 trillion according to some estimates). Banks will also become vary of financing NBFCs. ICRA anticipated in June 2018 that anticipated annual average borrowing cost of retail NBFCs will increase by a minimum of 45 basis points in FY2019.

The step by RBI to intervene and facilitate restructuring of IL&FS was a step in the right direction, especially with Mr. Uday Kotak at the helm. The market responded positively with shares of group companies rebounding sharply. Finance Minister Arun Jaitley also assuaged investors that the government will ensure that NBFCs have access to credit. With India, already under the pangs of surging bond yields, a depreciating rupee and rising oil prices, the last thing the country needs is a crisis in the financial sector.

That said, not all NBFCs have credit and liquidity concerns. Especially NBFCs that are focused on the retail and housing segments are in a structurally strong position. Housing finance companies with amortizing loans have lower credit risk. Also, NBFCs backed by strong parent companies should maintain credibility in the debt market. Correction in this sector has enabled good investment opportunities in stronger names such as M&M Finance, Shriram Transport Finance, Cholamandalam and LIC Housing.